Canola Oil vs Vegetable Oil: Which is Healthier?

Most people use some sort of oil in their daily cooking. Are you aware of the types of oil that are the healthiest options? Do you know which oils are ideal for using in the various types of cooking? While you might believe that canola oil vs vegetable oil are interchangeable, they actually have very different qualities when it comes to best use as well as nutrition.

When you are considering various types of oil, there are three things you need to keep in mind:

When you use canola oil, it has a neutral taste and can be heated to a variety of temperatures. That’s what makes this a “go-to” oil for many cooks. Due to the fact that it’s low in saturated and high in monounsaturated fats, canola oil is considered to be a fairly healthy oil.

One of the major disadvantages of canola oil is that it does not come from a naturally occurring plant. It’s actually a crossbreed – and most of the time, canola oil comes from GMOs, which means it comes from plants that have been genetically modified.

While this doesn’t necessarily mean that canola oil is an unhealthy option, one thing to keep in mind is that in some cases, GMOs are being sprayed with pesticides/chemicals that can damage the overall health of humans, including those who have some sensitivities.

In addition, there is a bit of controversy regarding the long-term safety of GMOs themselves. These studies are not available at this time and there’s a lot of debate surrounding whether GMOs are healthy or unhealthy.

Therefore, it’s very important to become educated on whether or not the foods you are consuming contain GMO ingredients. Arm yourself with the knowledge necessary to make an educated choice.

The issue with vegetable oil is that you’re more likely to be unaware of what exactly is in it, including how the plants were grown and how the oil was processed. Due to the fact that the ratio of the three types of fat varies depending on the oils that are used, you are not going to have nearly as much control over the types of fat you consume.

How to Safely Store Your Cooking Oil

One thing you should be aware of is that cooking oils are likely to going rancid – especially if they have been exposed to oxygen. When the compounds in the oils interact with oxygen, it causes peroxides to break down, which can result in an oil that has an unpleasant smell and/or flavor.

Over time, this interaction of the oxygen with the oil can result in the development of free radicals, which are compounds that have been linked to cell damage and have the potential to cause cancer. Therefore, it’s critical that you are careful how long you store your oils and where you store them.

In most cases, cooking oil should be kept in a cool, dry place. You will want to take steps to keep them away from high heat and sunlight.

If your oil is stored in a clear glass bottle, wrap it in aluminum foil or something to keep the light out and make your oil last longer. If you buy a large bottle that you know will take you awhile to use, consider transferring some of it to a smaller bottle that you will use quickly. Then, you can place the rest in the fridge or another cool place away from direct sunlight.

If the cooking oil that you purchase contains veggies and herbs, such as mushrooms, chili peppers, tomatoes, or garlic), you must understand that they are likely to harbor bacteria, including the one that can cause botulism – Clostridium botulinum. Oils such as this need to be placed in the fridge after they are opened and then used within 4 days for maximum taste and freshness.

As a general rule, cooking oils will go bad in approximately 3 months. This gives you an increased incentive to use them to cook up some healthy foods.

As you can see, vegetable oil and canola oil are two very different types of oils, and while some people believe that they are interchangeable, they really are not. 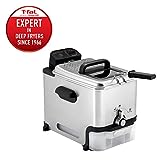